Call recording is a critical requirement in many business communications environments, such as contact centers and financial trading floors. In some of these environments, all calls must be recorded for regulatory and compliance reasons. In others, calls may be recorded for quality control or business analytics.

The cost to deploy an on-premise call recording system can be high, involving a large capital investment, and is typically out of reach for many small enterprises. The multi-tenant architecture of MiaRec allows one to achieve economies of scale with consolidation of both IT personnel and hardware resources.

The SRC has access to the media path between the user agents, establishes the recording session with the SRS, and sends replicated media to the SRS. It is also responsible for the delivery of metadata to the SRS, such as participant information, in XML format. The SIPREC call recording standard also permits extended metadata. The vendors are free to send extra metadata attributes which are specific to their phone system.

It should be noted that an SRC is a logical function. Its capabilities may be implemented in a Session Border Controller, a SIP Media Gateway, a SIP Phone, or a SIP Media Server integrated with an Application Server. 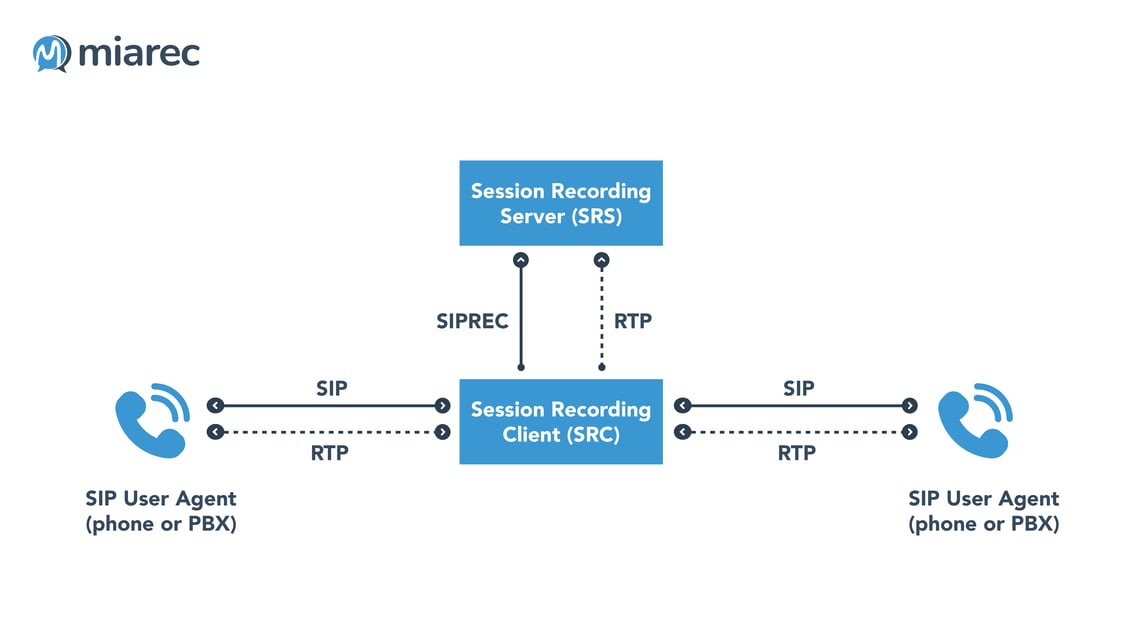 Experience The Power Of MiaRec In Action!

Schedule a personalized demo today to see firsthand how powerful MiaRec with SIPREC can be.